“One day, you will tell your story of how you overcame what you went through and it will be someone else’s survival guide.” Norm Potter went through many hardships throughout his life, but he is thankful for the opportunity to share his story with others as he hopes it will become a survival guide for those who are also experiencing hardships.

Norm Potter is from Salt Lake City and lived there for the first part of his life. Norm’s father was born in 1880 and was nearly 61 years old when Norm was born. His father was 21 years older than his mother. There are 9 boys and 4 girls in Norm’s family, some from the first, second, and third wives which his father had during different times in his life. Norm also has four of his own children, two girls and two boys and now has 6 grandchildren living in Utah and California.

He enjoys watching inspirational movies as he feels they help the human spirit to be more noble, more kind, and more giving. Norm’s own life story could be turned into an inspirational movie itself. He has experienced a life of adventure, hardship, and success. 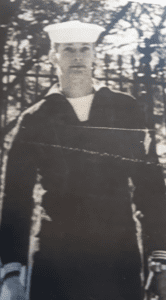 He got married to his wife Sara when he was 30 years old. By then, Norm had already served 4 years in the US Navy, a 2-1/2 year mission in Brazil for his Church, and graduated with his bachelor’s degree from the University of Utah. He met Sara while they both worked at Yellowstone National Park. After they got married, Norm began applying for jobs around the world. He received an offer to work for the American Red Cross in 1973. He accepted the job and started working for the Red Cross on military bases. This led to the family living in Washington, South Korea, California, Arizona, Utah and four locations in southern Germany.

His first assignment was in the DMZ in Korea for 19 months, while Sara completed her bachelor’s degree at BYU. His career progressed smoothly, until, after 21 years of working for the Red Cross, the US government decided to downsize military bases worldwide in 1994. This meant that Norm was out of a job. Norm remembers coming home to tell Sara the bad news. They had been doing so well, they were so happy, and then all of the sudden, they had nothing.

Norm and his family could no longer live in Germany where he had been working at Bitburg Air Base, because it was one of the many bases shutting down. They had no place to go, and suddenly, Norm, Sara, and their four children found themselves homeless and jobless. This was a major crisis.

They decided to move back to Utah from Germany to be near extended family. When they arrived in Utah, they had no car, no house, no job, and no income. Norm had a master’s degree and many years of work experience worldwide, yet he found himself needing to start afresh in the career world. The family spent about two months staying with his sister for a while, and then with their friends in Murray and Kaysville, Utah. Norm kept applying for job after job, but was turned down because he was older. He couldn’t help but feel like he had no worth as a father of four children, and no prospects for a job. No one seemed to want him to work for them and this really discouraged Norm.

This difficult time of financial insecurity and hardship put stress on his family and marriage. Norm reports that he could sense that his children also felt this stress. Fortunately, however, he and Sara had always managed to stay out of debt, live very frugally, pay their tithing, and save money for future needs the entire time they lived overseas. This made all the difference, because they were able to actually purchase a home by assuming a mortgage loan, and managed to move in as the school year was starting with their children attending Davis School District schools. Sara found low paying jobs that at least provided for the family’s medical benefits, while Norm continued his job search that fall.

Norm and Sara prayed and pondered to know what to do next. Something that really lifted their spirits was the local neighborhood, and church members in the area. The neighbors gathered resources so the family could enjoy a nice Christmas. This helped them get food, clothing, and gifts, which was such a blessing at this time. Norm remembers kneeling in the back of the house in the snow to thank the Lord after receiving this $650 from anonymous donors.

Norm finally found a job digging ditches for a cable company. He made $8 an hour. This job might have seemed embarrassing to some, but to Norm, this job was a huge blessing! He was beyond grateful to have something to do to bring in a small amount of income. Getting this job turned everything around.

He and his family were able to buy a car which was very helpful. He also applied for the American Red Cross again in Utah, and they gave him a job, but it was still inadequate pay for a family of six.

But once again, the American Red Cross had to involuntarily lay Norm off because they closed down their operations at Hill Air Force Base in Utah where Norm had been working. Luckily, this time, Norm was resourceful enough to deal with this situation. As he thought about what he should do, at age 57, and once again unemployed, with children going to college and serving LDS missions, he felt inspired to seek another master’s degree, this time in social work. His experience of being laid off multiple times and having to downsize his life, made him so much stronger and so much more confident, which he believes helped him do what was necessary for his future career years.

He walked into the Graduate School of Social Work at the University of Utah at age 57 and applied. He desired to become a clinical social worker. He could tell they were surprised in his application and Norm knew there was a good chance that they would turn him down. He assumed they were not looking for older males in their graduate school. He was not the ideal candidate, but with confidence and strength, he still applied.

Norm was accepted into the school and graduated two years later with honors and an MSW (master’s degree in social work). He soon started work for the state of Utah, and moved up the ranks from human service worker to social service worker, and then realized that further advancement in this field was not available locally. Sara got on the computer regularly and sent out dozens of copies of his resume to federal government job vacancies all over the world to help Norm out while he was working full time. This made all the difference. Norm reports that he was confident and strong during this application period, and he knows that his challenging situations made him that way.

Because of this, he obtained a great job, nearly tripling his salary, working for the Department of Defense in a military hospital in Seoul, Korea. Sara joined him there after her school teaching year ended, and they both happily worked in good positions for 8 years overseas, in Korea and then back in Germany. They were even able to save enough to pay off their mortgage in Utah 7 years early.

When it was time to retire, Norm was able to do so with excellent benefits. He has health insurance and financial security now. Norm knows that life would never have turned out so well, and he never would have become so thankful for all he has, if it wasn’t for the challenging situations he endured. Norm is more grateful for every meal he eats, and every comfort he has, because of his experience of being underemployed and laid off repeatedly in the past. Norm feels very proud of the fact that he and his family were able to get out of this difficult financial situation on their own and that they never had to ask their parents for money.

Norm and Sara’s resilience is what got them through those hard times. They experienced homelessness, lack of transportation, and intense financial insecurity, but now they are successful, financially stable, and their children and grandchildren have what they need. They have been able to travel all over the world, and they enjoy retired life at Summit Vista, which they view as a fine privilege. Norm and his family experienced both highs and lows, but their perseverance has helped them every step of the way. The experiences that they have been through could have broken them apart, but it didn’t. It made them stronger together!

Norm believes he has more understanding, more character, and more gratitude now because of all he has been through. He still faces challenges, including his Lewy body dementia and Parkinsonism, but his perspective keeps him strong. His religious faith has carried him through his entire life, and he knows that in the end, everything will turn out alright. At age 78, he is very appreciative of his decades living on earth, and he truly knows that “It’s A Wonderful Life.” 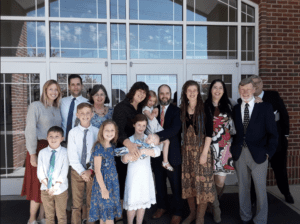